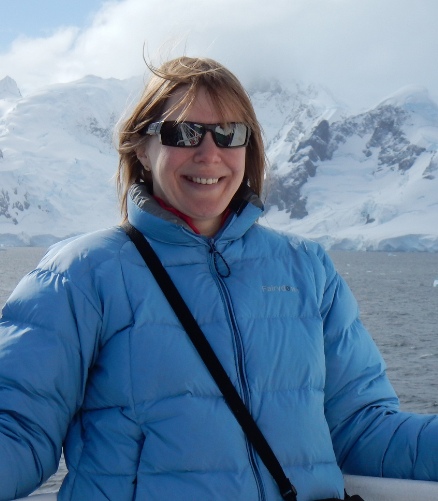 Jane Rumble joined the Polar Regions Department in the Foreign & Commonwealth Office in 2003, and has been Head of the Department since January 2007. In this role, Jane leads on all Antarctic issues for the UK Government, including as Head of the UK Delegation to the Antarctic Treaty Consultative Meeting (ATCM) and UK Commissioner to the Convention for the Conservation of Antarctic Marine Living Resources (CCAMLR).  She also oversees the UK’s engagement with the Arctic Council.

Jane also oversees delivery of the ‘Blue Belt’ programme to enhance marine protection measures around the UK Overseas Territories. A geographer by background, Jane is a Fellow of the Royal Geographical Society. Jane was made an OBE at the Queen’s Birthday Honours in June 2018 for services to polar science, marine conservation and diplomacy; and was made an honorary Doctor of Science by Leeds University in July 2018. ‘Rumble Point’ on the Antarctic Peninsula was named after her by the UK Antarctic Place-Names Committee in 2021.