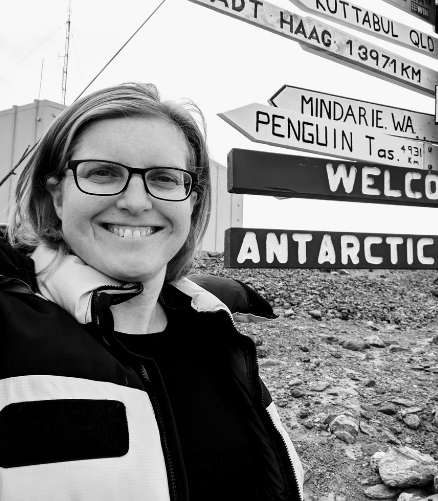 Dr Jodie Smith is an environmental scientist with experience in marine and coastal environments spanning the entire continent from the tropical north, temperate south and Antarctica.

Jodie studied at UNSW, completing an undergraduate degree in Environmental Science and a PhD in geochemistry in the School of Biological, Earth and Environmental Sciences. She joined Geoscience Australia in 2004. Her initial focus was on estuarine biogeochemistry and she led Geoscience Australia’s contributions to the Tropical Rivers and Coastal Knowledge (TRaCK) program. Jodie also worked as a volunteer water quality specialist in Vietnam for 12 months.

Jodie joined the Antarctic Geoscience team in 2010. Her research involves mapping and understanding the physical seafloor environment around the Antarctic margin, including bathymetry, geomorphic features, sediment characteristics and benthic habitats. Her work spans from the shallow coastal waters to the continental shelf and slope and into the deep ocean. Jodie collaborates with scientists across multiple disciplines, both in Australia and internationally and ensures high-quality seafloor data is publicly available to support scientific, strategic and operational applications.

Jodie is the Australian representative on the Antarctic Seismic Data Library System, the International Bathymetry Chart of the Southern Ocean (IBCSO) Expert Group and the Seabed 2030 Southern Ocean Regional Mapping Board.

Jodie is a Partner Investigator in the Securing Antarctica’s Environmental Future (SAEF) research program. She is the Geoscience Australia node lead on the Program Executive Group and the early-mid career representative on the Governance Advisory Board.