Benthic marine species can help us understand the past. Source: Jonny Stark 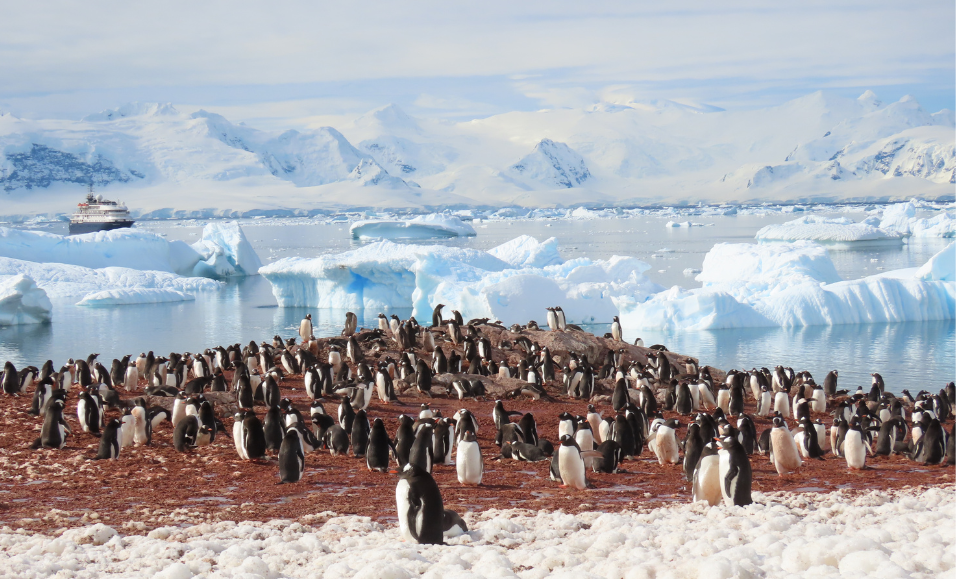 The remains from penguin colonies can be used to look into Antarctica’s past. Credit: Cassandra Brooks 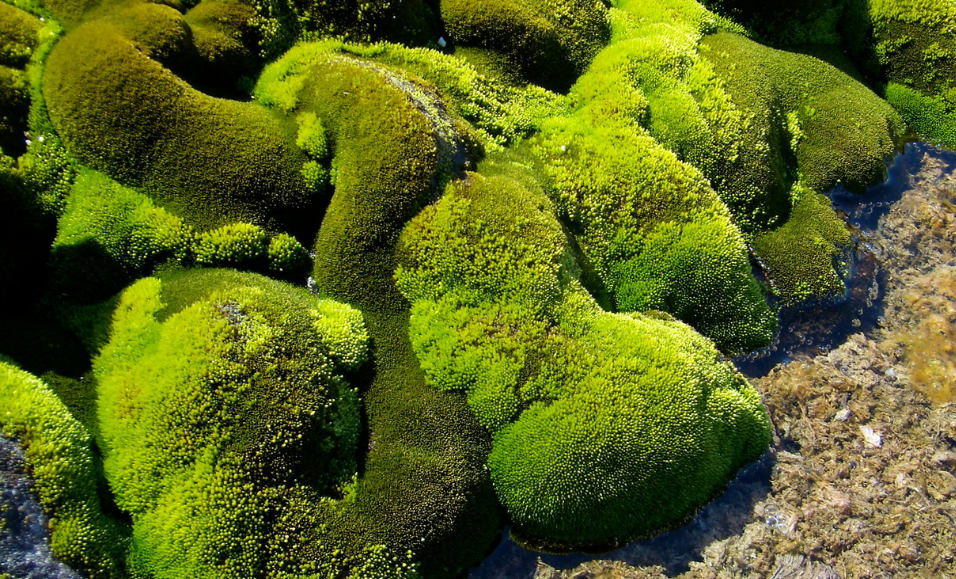 Mosses can preserve a record of the past environment in which they were growing. Credit: Sharon Robinson 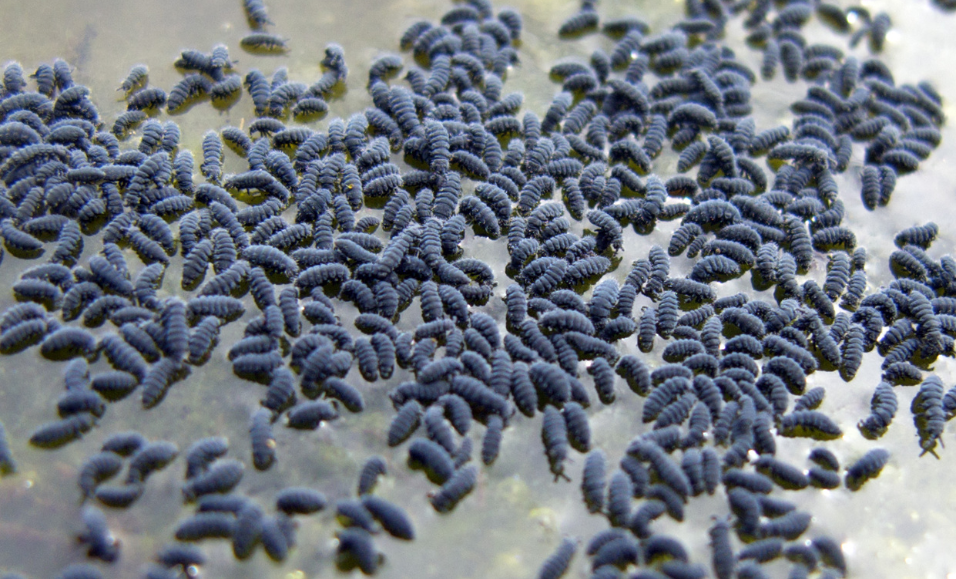 DNA and RNA-based methods can look at how springtails have evolved and dispersed over time. Credit: Aleks Tarauds

Archives are often said to safeguard memories. Contained within them is the past of nations, institutions and families which can help us understand who we are and where we’ve come from. But when it comes to accessing the Earth’s memories of millennia past, we need a different type of archive. Instead of letters and photographs, these archives can come in the form of a piece of moss or a tiny tardigrade or even a sample of water or mud. These biological archives offer access to an understanding of past climate conditions and environments, and can help us understand ecosystems today, and how they’ll respond to change in the future.

Professor Jan Strugnell recently led a project to create a compilation of the organisms that can be used as biological archives and review how they can help us understand past, present and future change occurring in Antarctica. The results of this study were recently published in Global Change Biology.

The papers explores the use of moss and peat, lake and marine sediments, marine and terrestrial animals, and remains from animal colonies, and how traditional and emerging technologies and techniques can enable scientists to extract data from them.

She says that what makes living organisms useful as biological archives is the way they record data about the environment they lived in.

“Antarctic and sub-Antarctic organisms are sensitive to their surrounding environment and climate and they can integrate information about past environments and climates in their structure throughout their lives,” Jan explains.

One advantage of the study was that it brought together a multi-disciplinary team of SAEF researchers offering opportunities to review archives and techniques from diverse fields of science, and how they might complement each other.

“Many biological archives can be investigated using multiple, complementary techniques. Bringing together information from novel with traditional archives can also play an important role in providing richer reconstructions,” Jan explains.

“SAEF provides a wonderful opportunity to bring together scientists across diverse fields to work together in a more transdisciplinary fashion than has been possible previously.  Transdisciplinary research is challenging, but rewarding and helps facilitate the progression of research in new and exciting directions.”

Jan is based at James Cook University and her research group specialises in studying the evolution of marine organisms using genetics. They are currently sequencing the genomes of Antarctic animals, such as brittle stars, to investigate their evolutionary history and understand how they have been shaped by past environmental and climatic change. She says the genomics revolution is opening up many exciting opportunities to utilise biological archives.

“The genomes of animals alive in Antarctica today contain a record of all their ancestors. Therefore we can use analytical techniques, that have been developed on human genomes, to look at population size changes through time,” Jan explains.

“This can give insight into the extent of past ice sheets, timing of their advance and retreat and even allow us to date when adaptations have arisen in response to large scale environmental changes, such as changes in salinity and temperature.”

Biological archives offer a myriad of opportunities to access the past to help us understand what might happen in the future under a different climate and environmental scenario. Here, you can learn more about the different types, their potential uses and what they might be able to reveal.

Moss and peat (a layer of soil made from decomposed organic matter) both have the ability to preserve a record of the past environment in which they were growing.

Mosses can grow for hundreds or thousands of years if they have sufficient nutrients, sunlight and ice melt over summer. If conditions are too extreme, they can survive and recommence growth once conditions improve. These characteristics mean that they record signatures of their environment as they grow. These signatures come in the form of carbon, oxygen and nitrogen stable isotope ratios. For example, carbon dating of moss can tell us how wet or dry a climate has been and can be used in combination with oxygen to develop palaeoclimate records going back as far as 1,700 years.

Groups such as nematodes, tardigrades, rotifers, mites and springtails are found in many ice-free areas of Antarctica and the sub-Antarctic. Various techniques can be used to understand how the Earth’s history has influenced these species.

DNA and RNA-based methods look at how a species genetics has evolved and dispersed to different locations over time. For example, this method can be used to understand how populations of a species have moved between ice-free areas as glaciers have advanced and retreated over the last 20,000 years, offering insights into the connectivity between ice-free areas and the timing of their exposure.

Lakes are found in Antarctica and on many sub-Antarctic islands. Their main lifeforms are cyanobacteria and diatoms – both types of algae that live on the bottom of lakes.

Lake sediments can be analysed using a range of different techniques. Isotopic techniques can help understand nutrient cycles in past environments with changing temperatures. Meanwhile, genetic techniques have the potential to reconstruct feeding relationships and evolutionary adaptation to changing climates.

Improvements in high-resolution scanning techniques have also increased the amount of data that scientists can obtain from sediment cores. One example of this is a study where scientists looked at the impact of volcanic eruptions on past penguin populations via signatures of guano (poo) collected from the beds of lakes.

Marine predators, such as penguins, seals and snow petrels, can offer an abundance of information about past environments and climate through the investigation of their preserved remains in ancient colonies and the genetic data sequenced from today’s populations.

For example, studying the remains from Adélie penguin breeding sites have shown that during past warmer climates there were periods of greater marine productivity and greater nesting site availability.

The Southern Ocean contains approximately 9,000 species, the vast majority (88%) of which are benthic (live on the seafloor). The evolution of these species has been shaped by the isolation of the Southern Ocean, due to the development of the Antarctic Circumpolar Current around 34 million years ago and glacial cycles over the past 3 million years.

Many benthic creatures are slow growing and long-lived which makes them useful as archives. For example, corals have growth rings that reflect their environmental conditions. These can be studied via a range of techniques including isotopic ratio, radiocarbon dating and x-ray photography. Isotopic dating has found signatures of circumpolar deep water providing insights into the past movement of water masses which can have important implications for ice melt and sea level rise.

As is the case for marine predators, genetic data sequenced from modern benthic species can be analysed to investigate patterns of past demographic change and there are techniques emerging that can be used to determine where species lived during glacial maxima. This can be used to pinpoint locations that remained ice-free during previous glacial cycles – an important reference for current climate change.

Marine sediment archives consist of organic and inorganic particles that accumulate on the seafloor over time. One of their advantages is that multiple types of analysis can be conducted on one sediment core providing multiple types of evidence of change. And like lake sediments, many of the environmental proxies in marine sediments are well established, such as diatoms and radiocarbon dating.

Marine sediments can provide insights into how the glaciers have advanced and retreated over time and past ocean temperatures and productivity. They have revealed much about Antarctica’s climate and environmental history, including the initiation of glaciation in the region 34 million years ago and ice sheet dynamics since then.