An expedition to the sub-Antarctic Islands

Home » Our stories » An expedition to the sub-Antarctic Islands 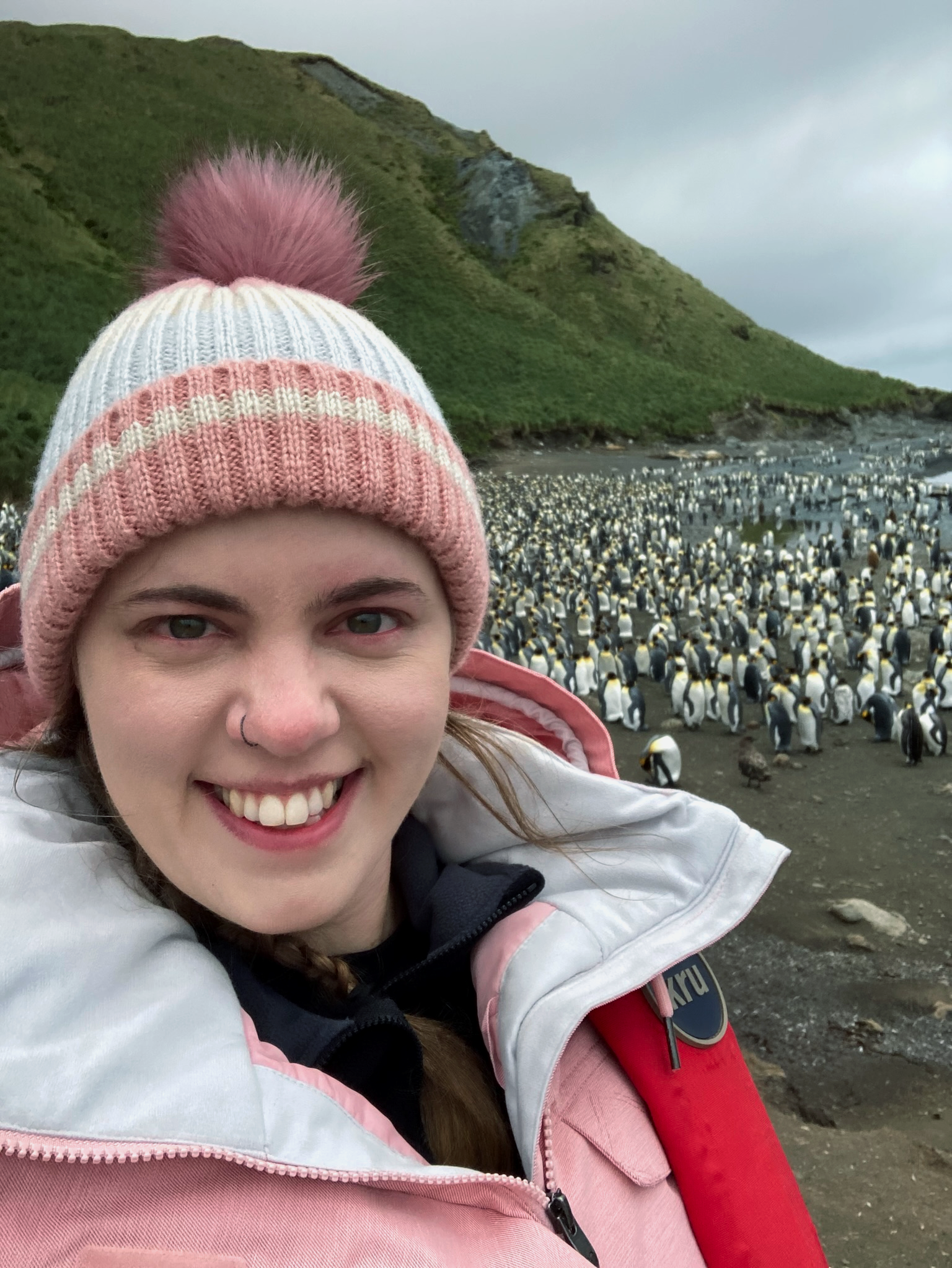 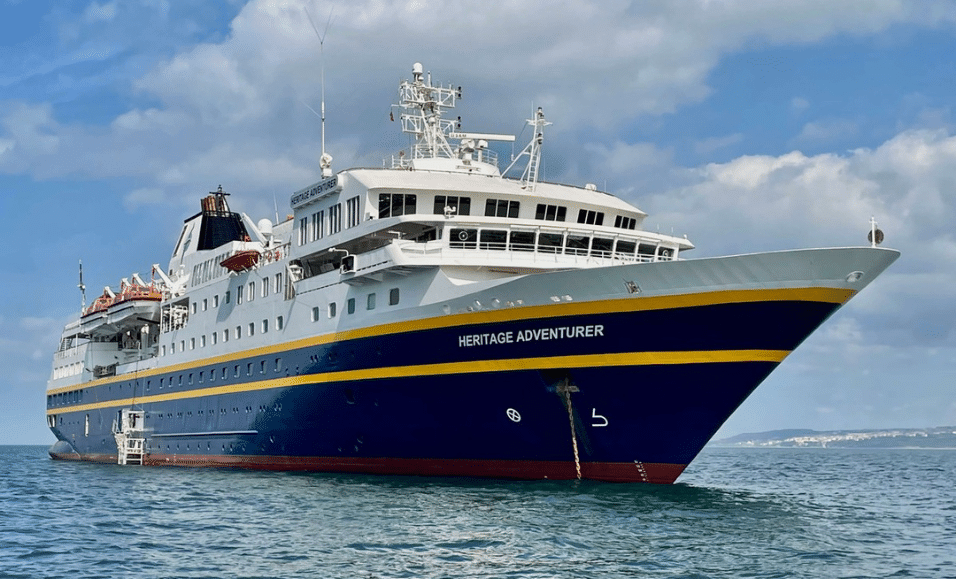 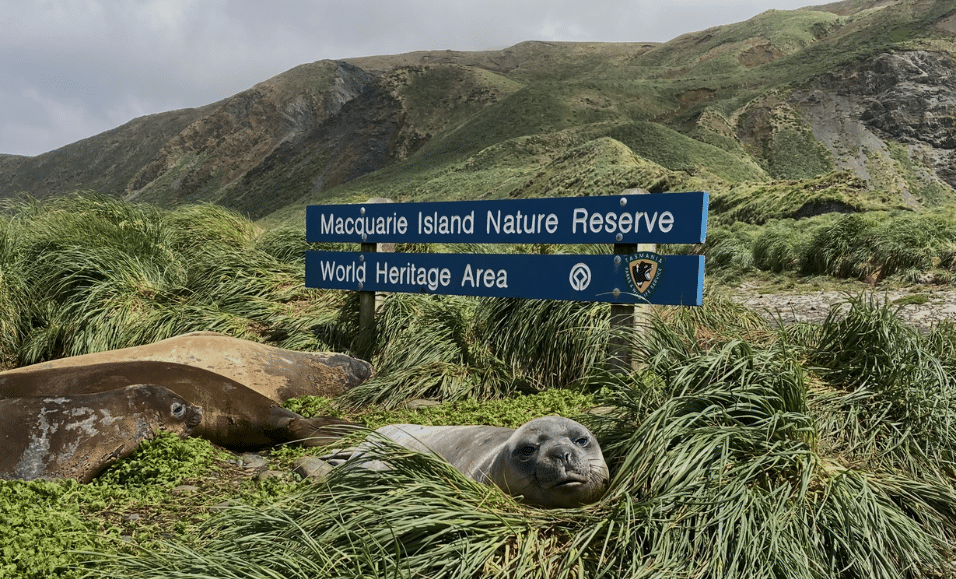 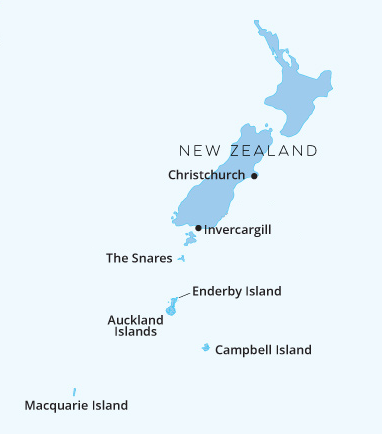 Map of the New Zealand sub-Antarctic islands and Macquarie Island. 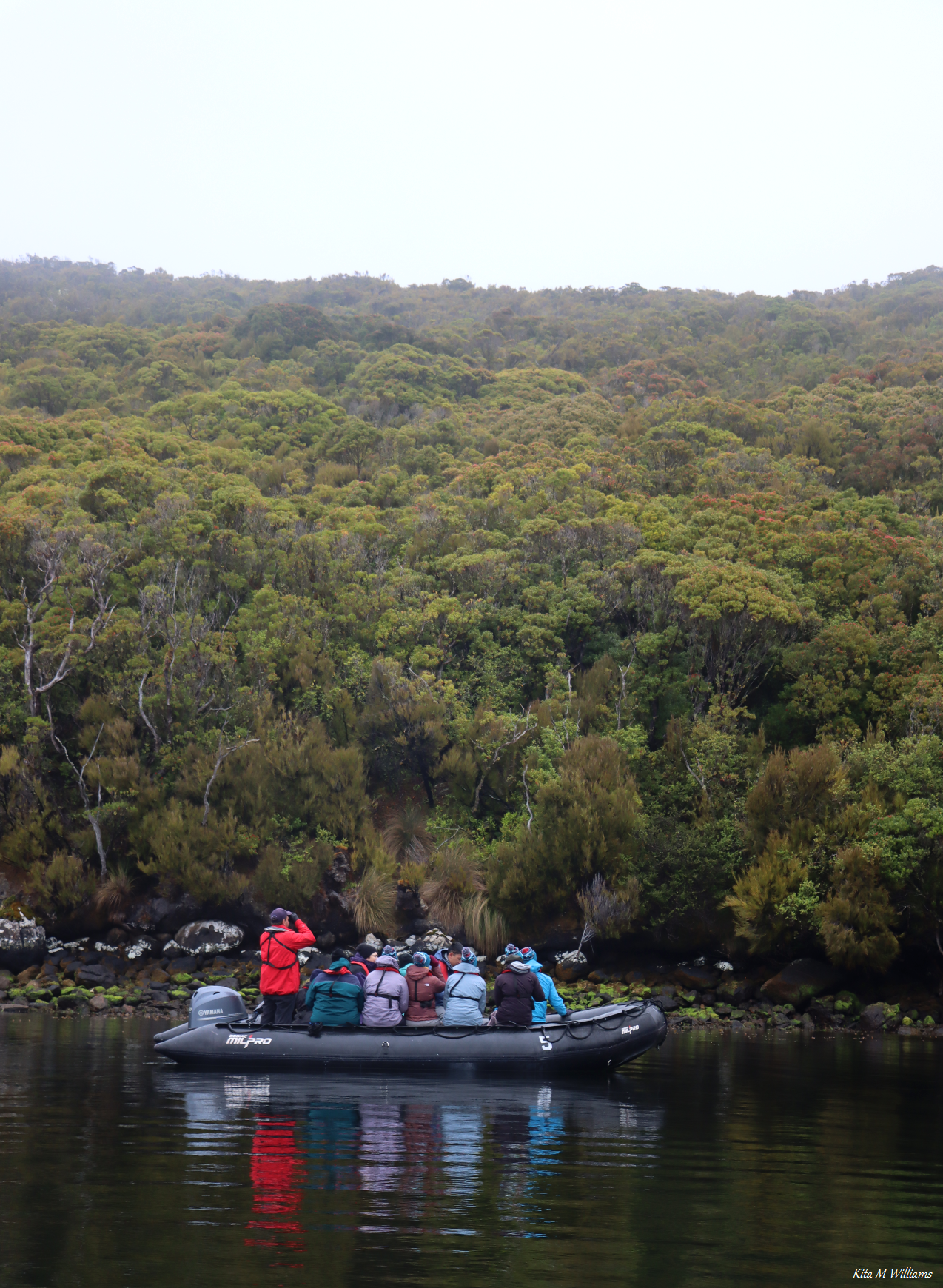 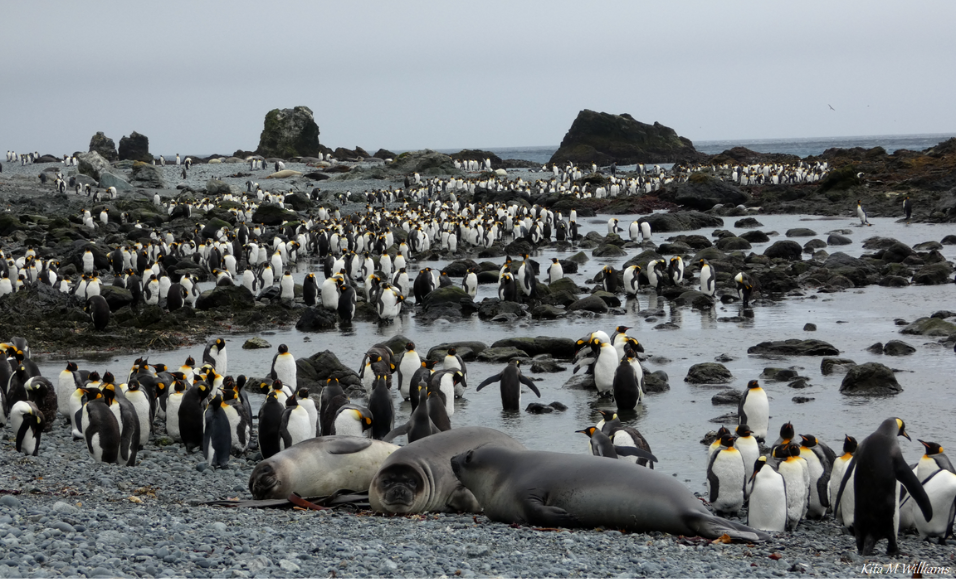 Hi! My name is Kita Williams, I am a PhD student at Queensland University of Technology (QUT) and a member of SAEF. I began my PhD just over 6 months ago. My project is on the terrestrial ecology of the sub-Antarctic islands, which are scattered halfway between Australia and New Zealand, and Antarctica. This project aims to examine the interactions of key invertebrate groups (such as springtails, beetles, spiders, moths and flies), as well as the interactions between these invertebrates and plants to identify ecosystem-level responses to non-native species and climate change.

In December 2022, I applied for a True Young Explorer scholarship with Heritage Expeditions, so that I could see and experience the unique environments of the New Zealand and Australian sub-Antarctic islands. My goal was to learn as much as possible about these islands (particularly Macquarie Island, which will be the main focus of my research), and to photograph the the vegetation, including the endemic megaherbs, a broad range of plants known for their gigantic proportions, and any invertebrates I could find!  I was also interested in undertaking the biosecurity protocols as a visitor to these sensitive island ecosystems. I was very lucky to be granted a scholarship by Heritage Expeditions and invited to join the 12-day trip Galapagos of the Southern Ocean in December, which included Christmas Day on Campbell Island. My travel was also supported by QUT and SAEF.

On board the Heritage Adventurer

The Heritage Adventurer is a tourist expedition ship with a capacity of around 140 passengers. It was a fantastic (and rather luxurious!) place to stay. I was sharing a cabin with two other recipients of the scholarship, an engineer from the Department of Conservation, and a very enthusiastic botanist from the University of Otago. In total there were 13 of us ‘Young Explorers’, from a range of diverse backgrounds; including wildlife documentary filmmakers, masters and PhD students, journalists and conservationists.

During our days at sea, the Heritage Expeditions guides gave a number of valuable lectures about the history, ecology and geology of the islands. We also spent a lot of time in the lounge (playing card and dice games and drinking coffee), in the library, and out on deck admiring the many seabirds (prions, albatrosses, shearwaters, petrels, and gulls) with binoculars and cameras. There were many keen birders on the ship with huge cameras, lenses and complicated gear! It was also fun to visit the bridge and talk to the captain and officers about their activities while steering the ship.

We had to go through biosecurity checks of all our clothing, backpacks and equipment before going on any shore visits, and carefully scrub and apply Virkon (a disinfectant and biosecurity agent) to our boots after each shore trip or Zodiac boat cruise.  This was to ensure we didn’t transfer grass, seeds, dirt, invertebrates, feathers, guano or any other biological matter from the mainland, or between any of the islands. 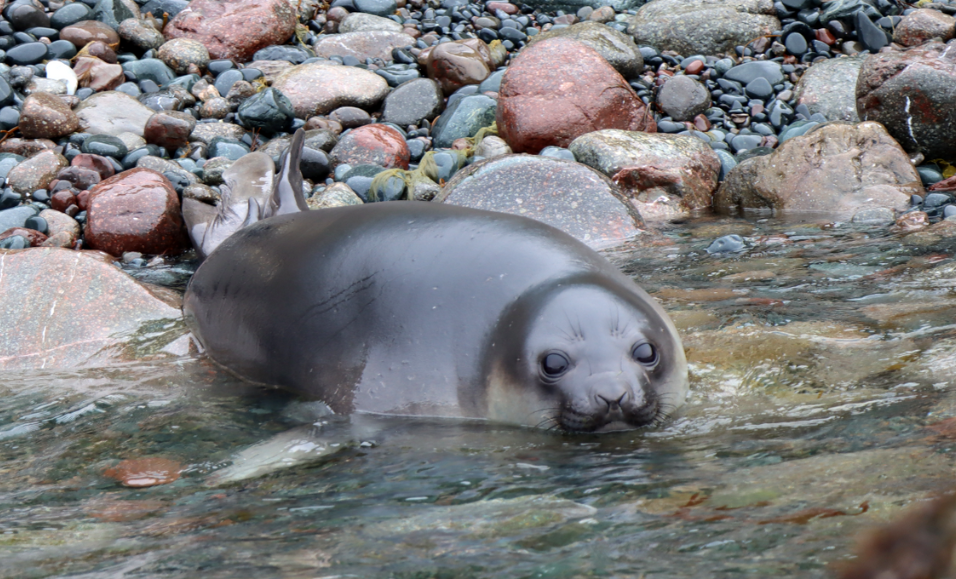 A young elephant seal on the edge of the shore, Macquarie Island. Credit: Kita Williams 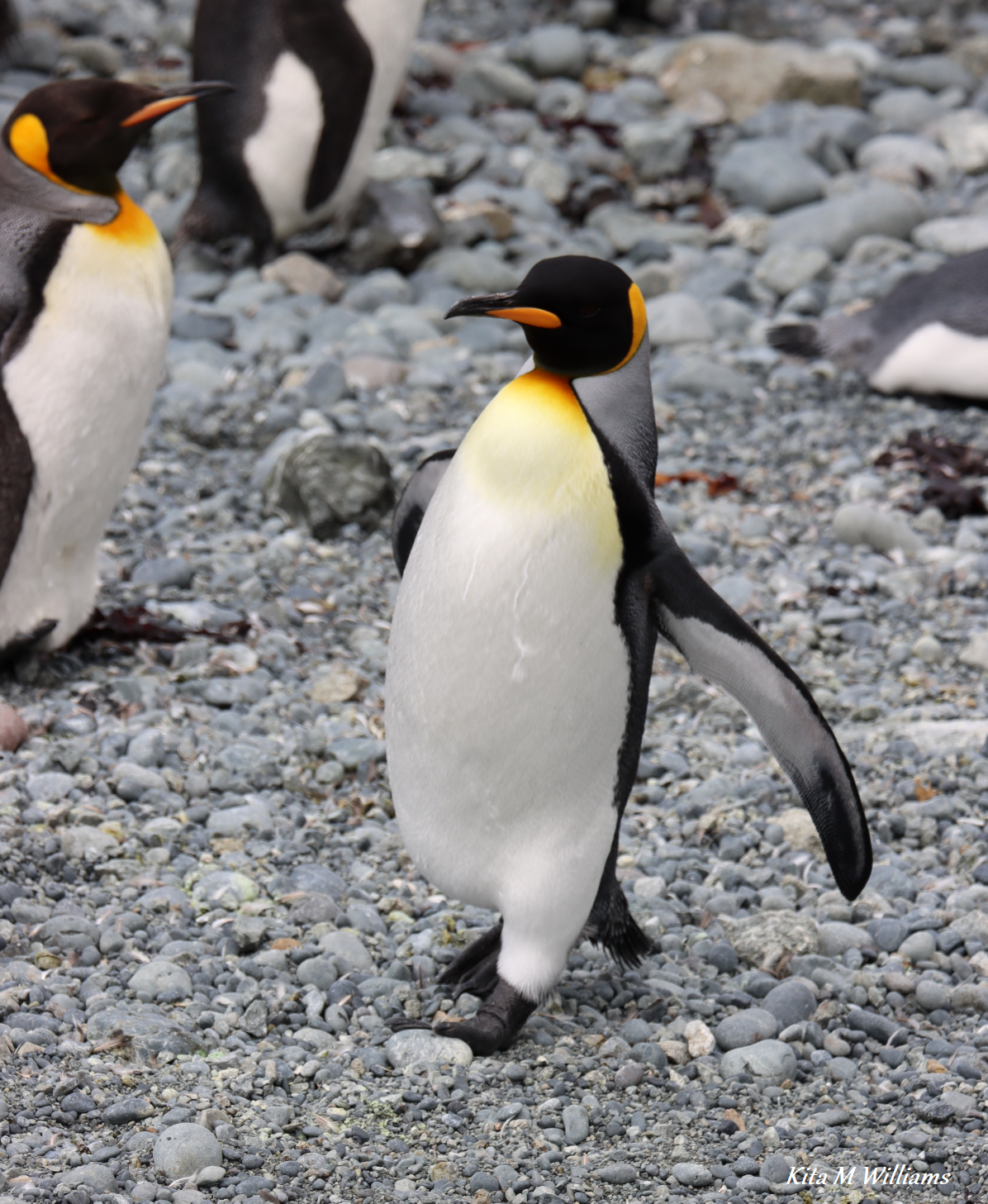 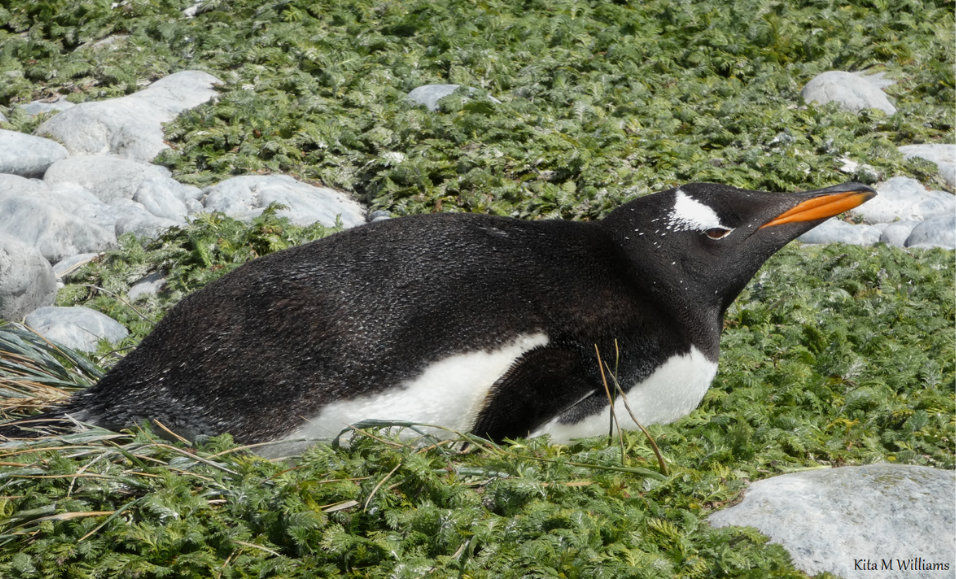 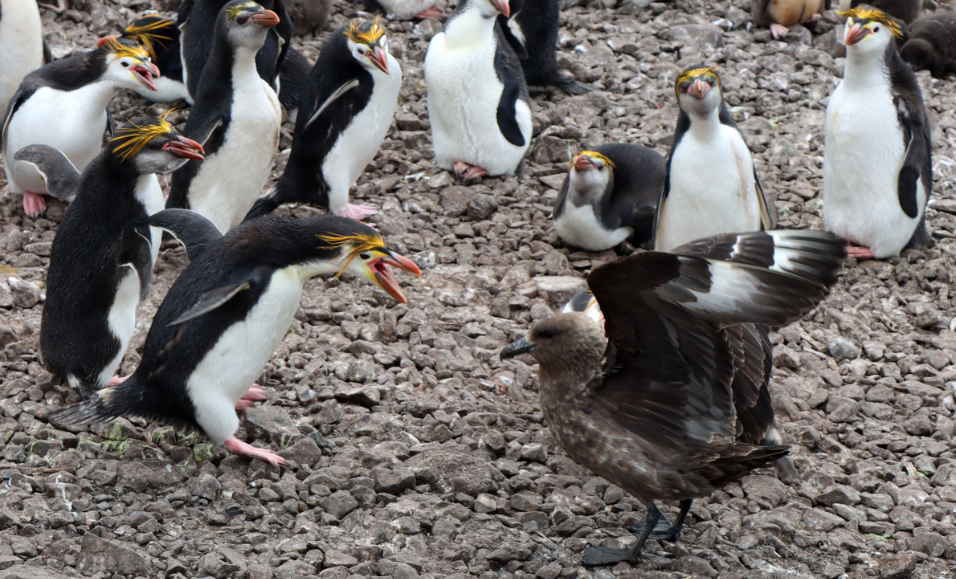 The beautiful and diverse sub-Antarctic islands

This trip included The Snares, Macquarie Island, Campbell Island, and the Auckland Islands. The islands are all extremely different in character, and have their own unique landscapes, endemic plants and birds, and different ecosystems – often depending on whether invasive species, such as rabbits, rats, mice and pigs, have been fully eradicated.

Some of the islands,such as The Snares, and several of the Auckland Islands, are very ecologically sensitive, and shore landings are not permitted. When visiting these islands we cruised around in Zodiac boats among thick strands of kelp, seeing rockhopper penguins, cormorants, flightless teals, tomtits and parakeets, and admiring the vegetation. I was also excited to see many tiny jellyfish and comb jellies in the beautiful clear waters! We cruised into several beautiful sea caves and heard stories of shipwrecks and struggles for survival on the rugged, uninhabited islands.

On Macquarie, Campbell and Enderby islands we had longer shore visits, where we could choose to go on long hikes or more relaxed boardwalk explorations for several hours. Macquarie Island can be described as a penguin paradise – there are huge colonies of king penguins, royal penguins, and gentoo penguins. My favourite were the king penguins, as they are extraordinarily charismatic, funny and charming birds. Many of them were going through their annual moult and looked rather scruffy, and feathers covered the beach like confetti. Some penguins were also carrying eggs on their feet. At the edges of the penguin colonies, brown skuas stalked for prey – but sometimes a brave royal penguin would try to scare them away.

The other exciting feature of Macquarie Island is the huge elephant seals, and the young ‘weaners’, with their huge eyes, velvety fur and large round bodies. The young ones were very curious, sometimes bouncing up to us on the beach for a closer look. We also saw many elephant seal ‘fights’ – though these were more like half-hearted practice bouts between youngsters, and after pushing at each other for a while they usually settled back down beside each other for a nap.

We were also lucky to see a group of orcas around Macquarie Island, and during the night there was a ship wide announcement that the Southern Lights had appeared at 1.30am. We all raced up onto the deck, in puffer jackets and beanies to see the light show.

Campbell Island was unforgettable. We had an incredible time observing the southern royal albatrosses, which are very large and beautiful birds. They spent much of the day quietly sitting in the tussocks (some of them incubating eggs), but in the evening more came swooping in, and they performed their social displays – calling up at the sky, clacking their beaks and spreading out their impressive wings.

Enderby Island was a sunny, shrubby island with a very raucous sea lion colony on the bay, with males fighting for control of harems, and new pups being born. This island was also the perfect place to spend many hours examining the megaherbs, mosses, lichens and tiny orchids – and in my case – searching for invertebrates. 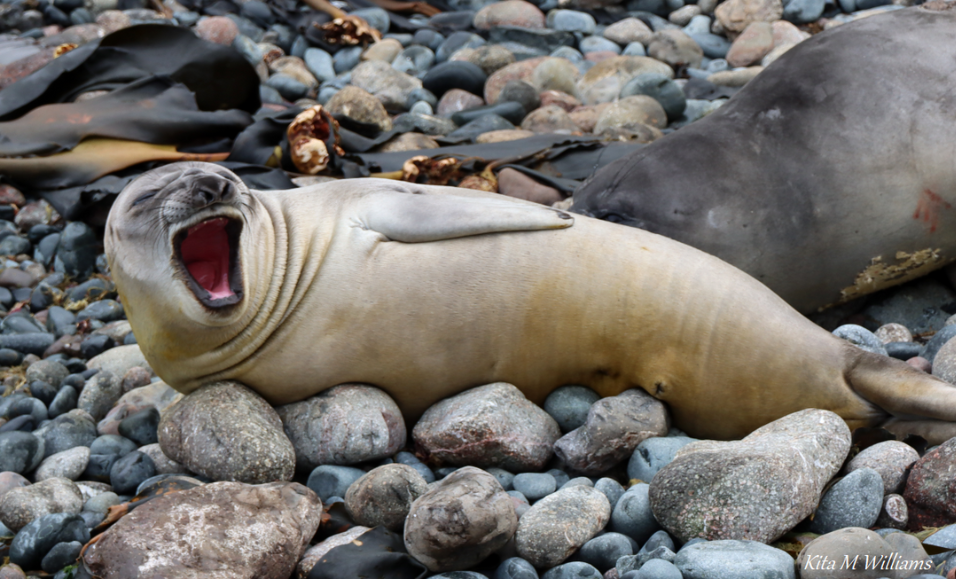 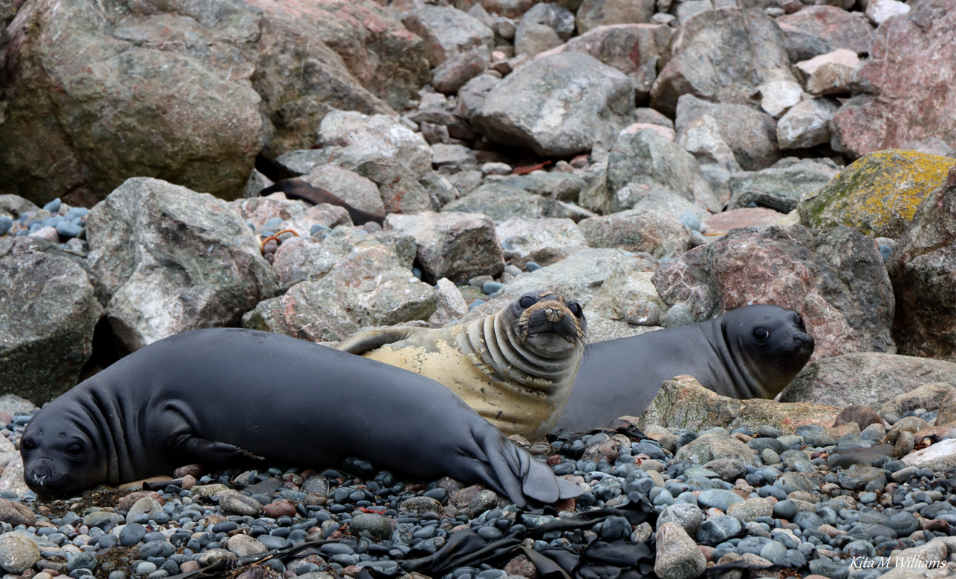 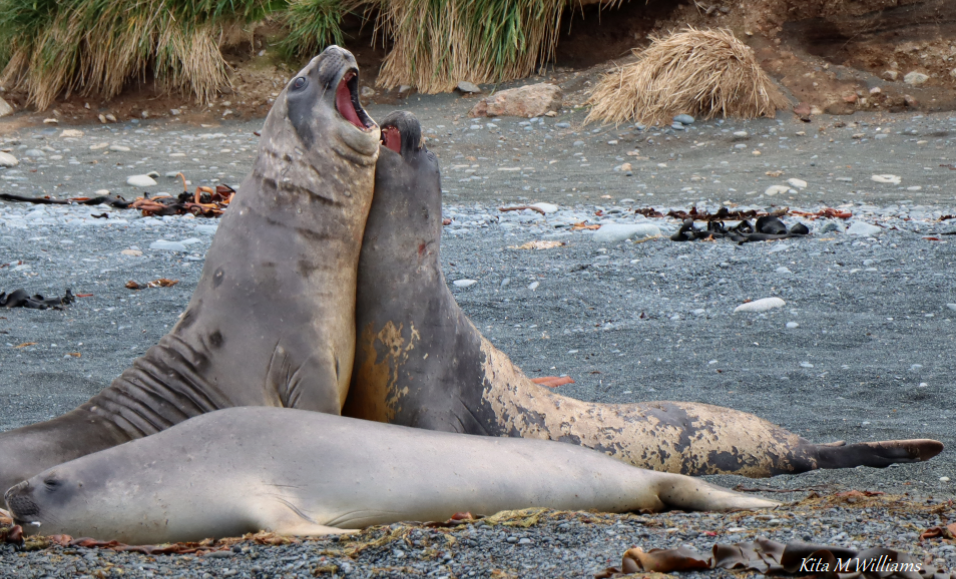 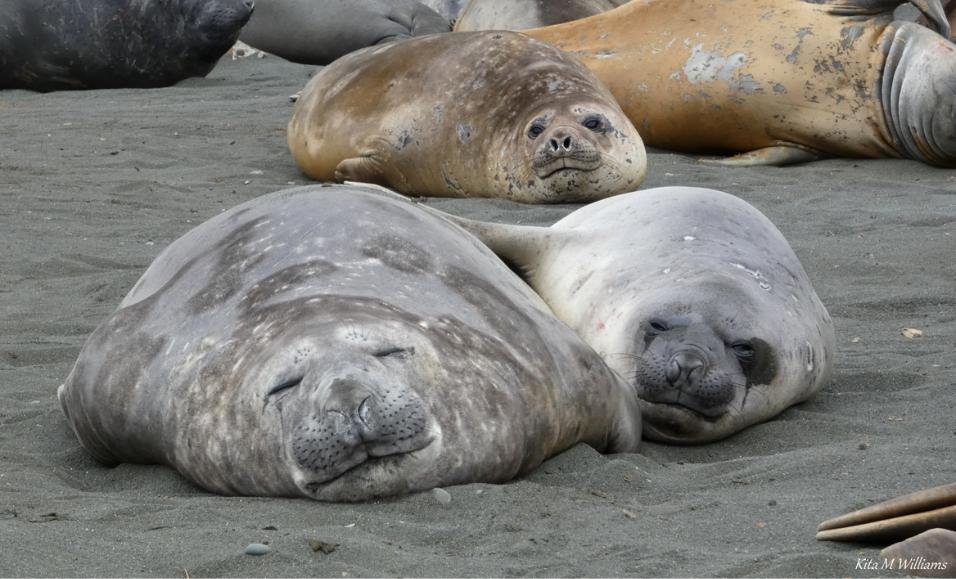 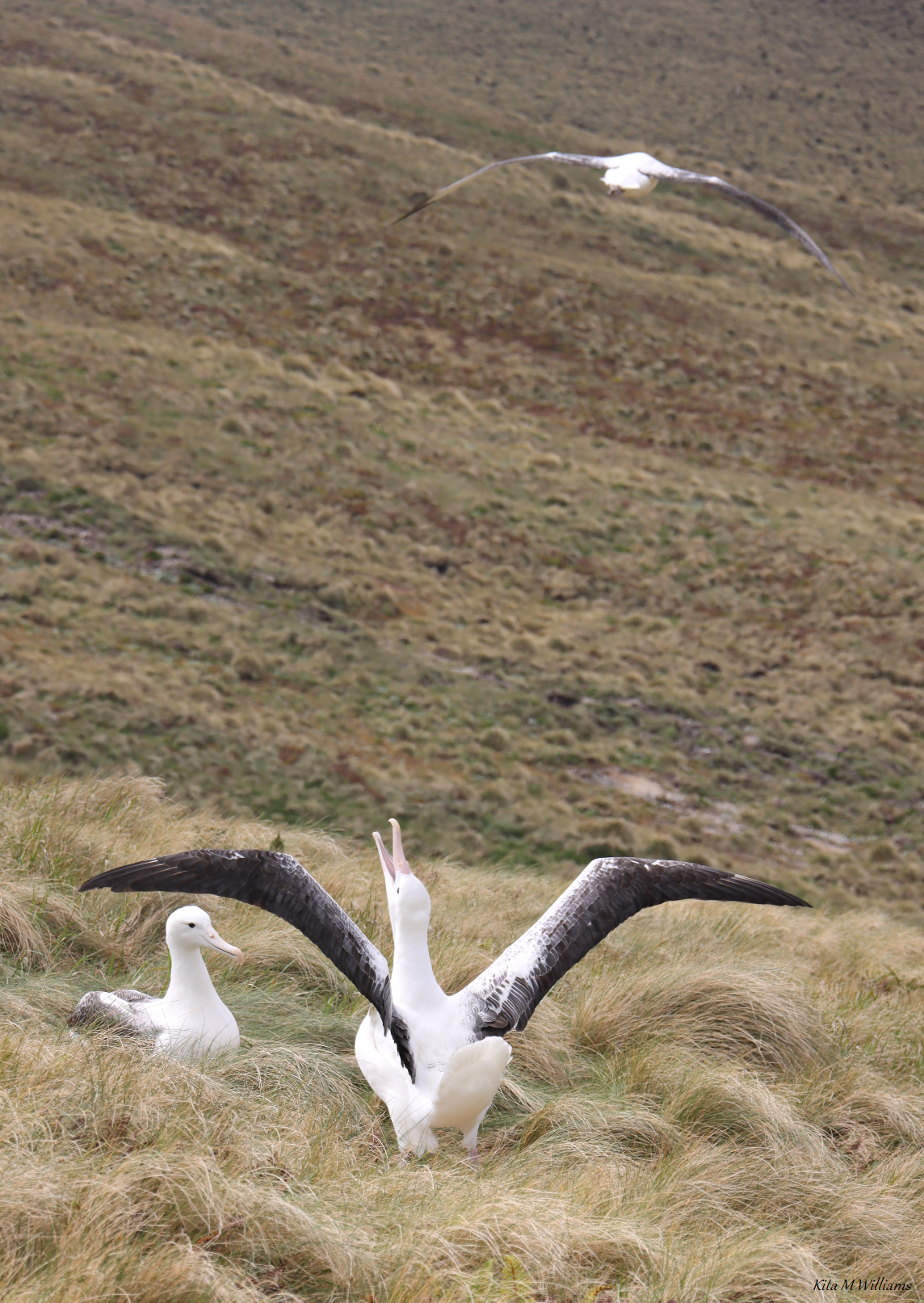 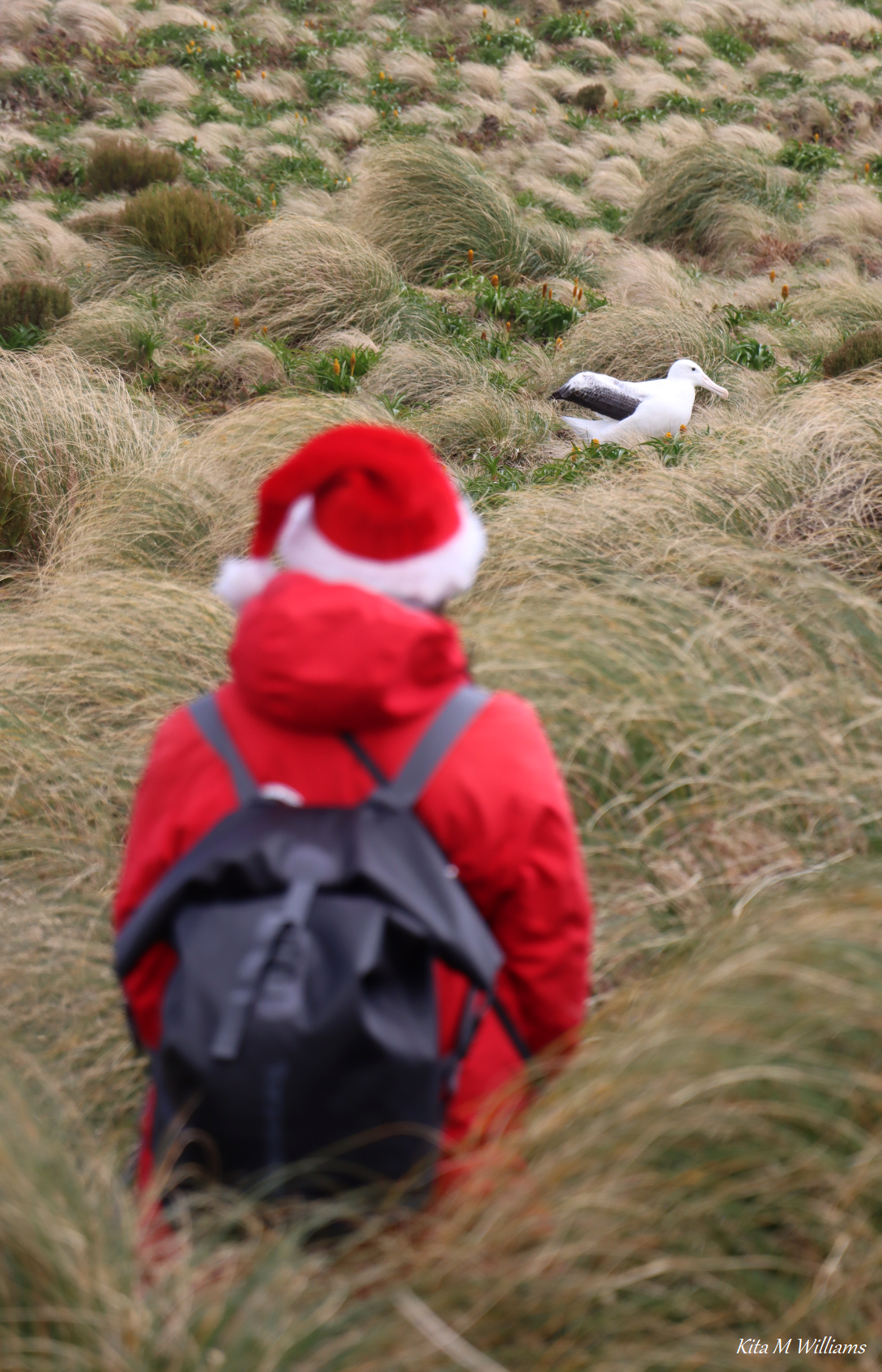 While not distracted by penguins or seals, I spent a lot of time with my head down in the plants, taking photographs with a camera or with a macro lens attachment on my phone. The megaherbs and cushion plants were fantastic hubs of invertebrate activity – particularly the purple flowered ‘carrot’ plant Anisotome latifolia which grew prolifically on Enderby Island. I was able to find many different flies, some tiny springtails, a weevil, rove beetle, several spiders, a moth, a wasp, and what may be a flightless moth. I’m still slowly working on identifying these invertebrates, to determine which are native and which are invasive species. Seeing and photographing sub-Antarctic invertebrates has really helped expand my understanding of the ecosystems, and it will be so beneficial to my research. I hope I will be able to return in the future to collect samples of invertebrates, plants and soil to compare with historic data.

I was also glad to learn much more about the invasive species eradication programs (which are still ongoing on the Auckland Islands, and in great need of further funding), and the biosecurity measures and wildlife protection rules required for visitors to the sub-Antarctic. 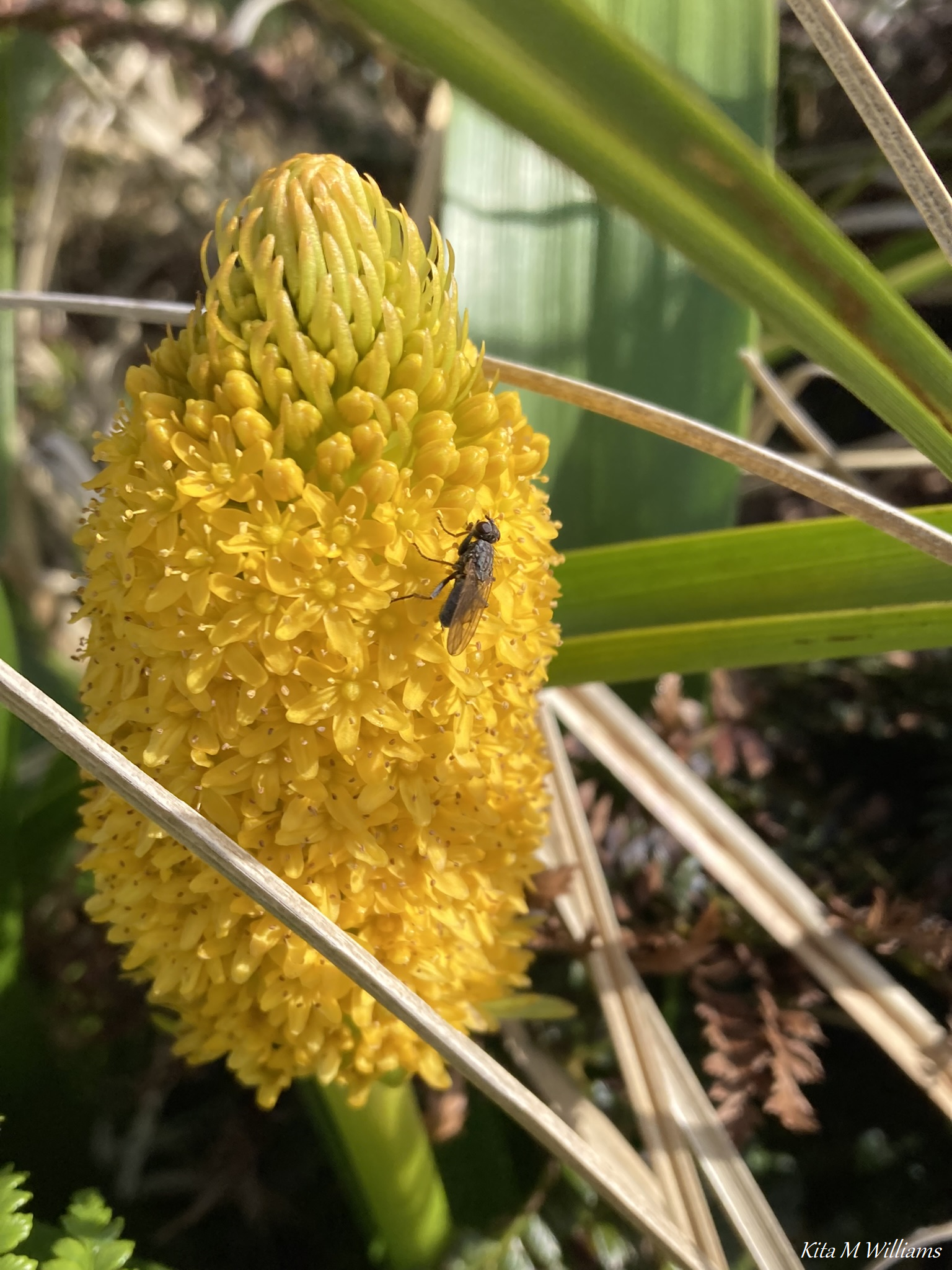 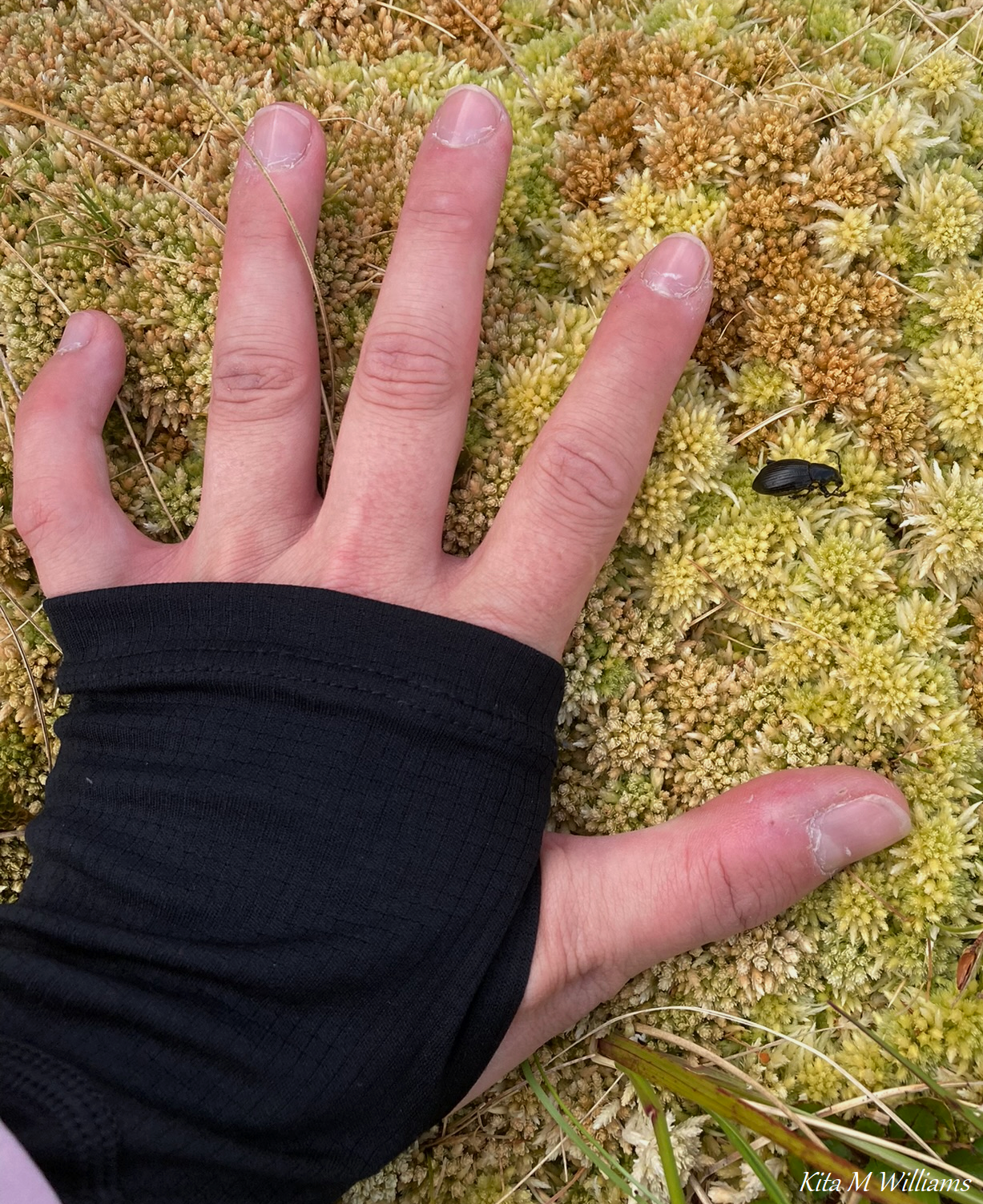 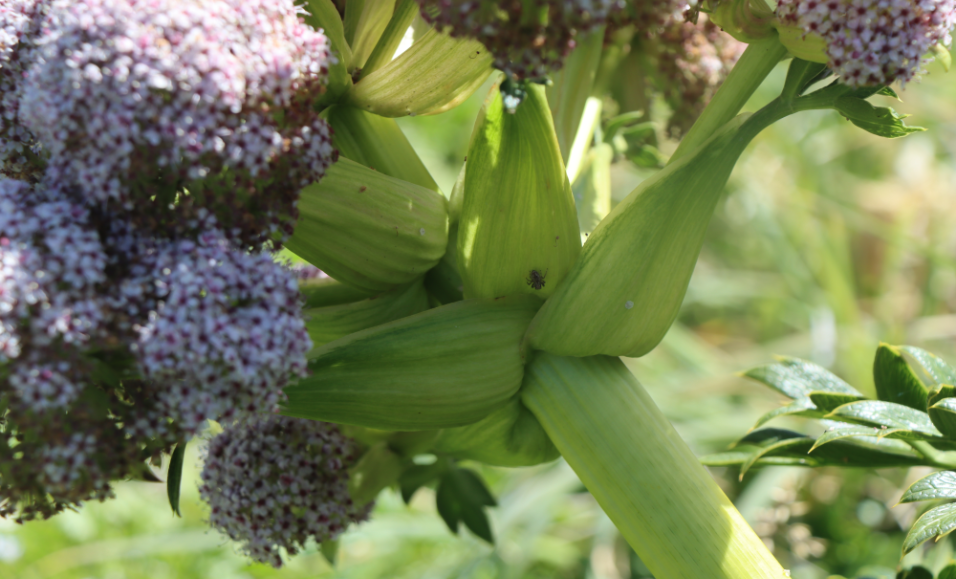 I was amazed by how very different the islands are, even when they’re close by or (in the case of the Auckland Islands) only separated by small stretches of sea. It was fascinating to compare them, and to learn the history of human discovery and use that has impacted and shaped their ecosystems. I am so grateful to have had the opportunity to learn and experience these sub-Antarctic islands, and to see some of the plants and invertebrates first-hand. I made some very valuable connections on the ship with the crew and passengers, and I’m excited to take my photographs and experiences and apply them to my PhD.

Life on the sub-Antarctic islands is shaped by isolation and the unique climate and environment. These islands support exceptional wildlife and vegetation, some of which are endemic and found nowhere else on earth. The terrestrial ecosystems have simple foodwebs dominated by invertebrates, and their populations, interactions and responses to change are (in general) poorly understood. The ecosystems of the sub-Antarctic islands are vulnerable to biological invasions and climate change, and it is important that we continue to conduct research to identify ecological trends, and to support biosecurity, management and conservation on these islands. I hope that as a member of SAEF, I will be able to make a meaningful contribution to sub-Antarctic research, and to help in securing the environmental future of the wider Antarctic region.

Kita is a PhD student at the Queensland University of Technology. 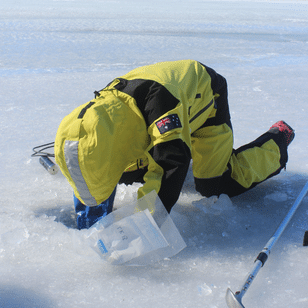 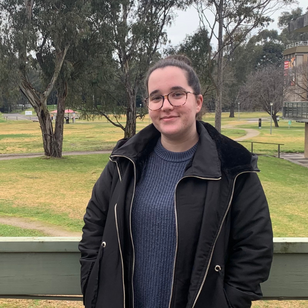 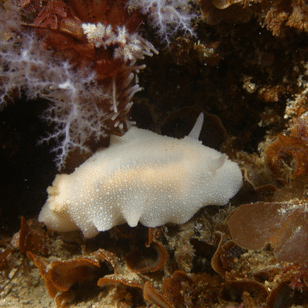